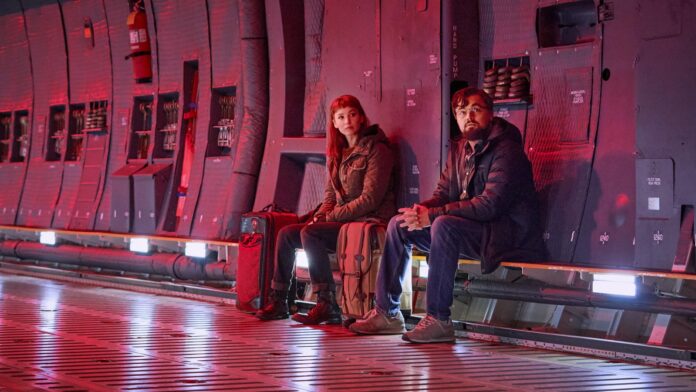 The newly released feature film “Don’t Look Up” is a dark comedic experience offering satire on the mendacity and complacency of elites when confronted with the threat of existentialism to humanity. According to sources, it is now the most globally trending movie on Netflix.

David Sirota, a journalist, and co-creator of the film’s narrative, took to his Twitter and applauded the film for gaining popularity and hitting a vast global audience. He loved that it was a film on climate change and is doing so well on the world’s largest streaming platform. He congratulated the entire team on the film’s success and lauded those sharing the news.

The film’s plot follows the lives of two mediocre astronomers, who try to warn political leaders and the world about a gigantic comet headed towards the earth. The film serves as a great allegory of civilizational dangers and human-caused climate emergencies. The two astronomers were enacted brilliantly by Leonardo DiCaprio and Jennifer Lawrence.

As committed scientists, they took it upon themselves to impart the crucial information with everyone, only to learn that no one could care less, let alone do something about the planet headed towards annihilation.

Of course, these moments were highly uncanny but depicted reality so aptly, and we see this happening around us all the time. Lawrence also said that we would all die, and she had to leave the show because viewers could not handle the raw truth.

Don’t Look Up is more than a climate crisis message

Don’t Look Up begins with a scientist literally doing the opposite. She looks up into the cosmos through a powerful telescope and discovers a new comet, which is big enough to destroy the Earth. On further examination it is barreling straight towards Earth, no doubt about it.

Given that the title of the movie is Don’t Look Up, but the protagonist does the opposite, that opening sequence preps the audience for a primer on how to communicate what you see with your own eyes, when your society is overwhelmed by non-factual information.

The movie unfolds with more star-studded appearances by an award-winning cast. Every character is diligently nailing their movie personas. We have to understand that these movies remind us of reality and how we still have time to save ourselves.

Don’t Look Up is an excellent depiction of human creativity and the importance of media in solving real-life crises. With increasing media formats, we can experiment and create awareness about important issues.

Inspiration often strikes from little places, for example, watching a movie that brought about a new perspective and created awareness about something important. So if you’re on the lookout for more exciting narratives alongside spending quality time with your loved ones, we recommend Spectrum Packages for incredible deals and packages. Call Spectrum Customer Service for further details.

The joy of sharing space and ideas can amplify with uninterrupted TV plans and services. We hope you get to enjoy every bit of the upcoming hybrid reality behind consuming content that could be crucial in our evolution as a species and the future of our collective home, earth.