How the cleaning and sorting lines work? 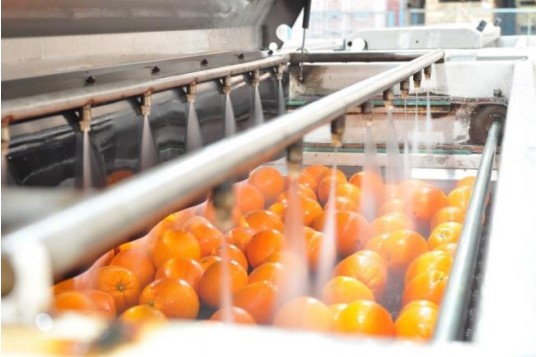 Purification is a process in which unwanted impurities and impurities are removed from the base culture mixture. Grains of other cereals and grains damaged or otherwise degraded are considered to be admixtures. For example, fragments, dried grains, grains infested with pests, etc. Foreign seeds, ergot and foreign substances such as sand, stones, husks, etc. are considered impurities.

Sorting, or calibration, is a process in which the main material is divided into categories according to specified criteria, such as size, color, weight, etc. An example of sorting may be, for example, dimensional sorting of corn seeds, or calibration of buckwheat before peeling.

Cleaning, as well as sorting, can take place by a variety of principles on a wide range of machines. The combination of these principles achieves the desired cleaning effect. Different physical properties of the particles are used in cleaning and sorting. The basic separation principles include:

Sorting by thickness and width is performed on sieves, sorting by length is performed on triers. Screen sorting is the most used in practice. The sieve divides the sorted mixture into an over-sieve fraction which is larger than the sieve openings and a sub-sieve fraction which has failed the sieve openings. This basic principle is used by the combined cleaning machines of the JCC and JCM series. Both of these machine model series are complemented by aerodynamic sorting and the JCM machine series also by magnetic sorting.

This is air cleaning. Particles with a lower buoyancy speed than the basic crop are sucked out by the air stream. This principle is used in aspiration cabinets of both the JCC and JCM series cleaners, as well as in other machines equipped with aspiration cabinets. This principle is also used successfully with JAM aspiration pre-cleaners before screen cleaning. Expansion chambers, so-called JVE intermediate separators, are used to remove impurities from the air stream in front of the fan.

Ferromagnetic impurities such as redler chips, nails, electrode residues and other metal impurities are removed by magnetic separators. Type JAB aspiration cabinets are equipped with a strong neodymium magnet as standard. Other machines can be supplemented with magnetic plate separators JMS, or more efficient grate magnets JMS.R.

This is historically the latest sorting method. Modern optical sorting is able to assess each individual particle separately and, according to the set program, exclude color or shape different particles. Optical sorting is most often used for final cleaning before consumer packaging, for example in packaging plants, peeling lines or food technology. Optical sorting is also able to remove stones, fusaria, sclerotia and possibly glass.

Specific gravity is one of the basic parameters used to classify the same particles, but with a different weight. The lighter particles float in the fluidized bed of air, while the heavier ones fall on the sieve, which moves in the opposite direction against the flow of grain and is thus separated. This is used, for example, in descaling, or in cleaning the mixture after peeling from peeles on JGD descalers and JGC concentrators. These machines divide the material into two fractions and are easier to set up than pneumatic tables

Another machine using the fluid principle is the JGT pneumatic table. It works on a similar principle as a descaler, but can divide the mixture into several fractions. These machines are used to clean small seeds such as poppies, flax, etc., or to clean seeds and pick out grains infested with pests.

Previous articleWhat to take into account when buying it?
Next articleIs Gul Ahmed a Good Clothing Brand?