Musical.ly, a new phenomenon between apps and social media 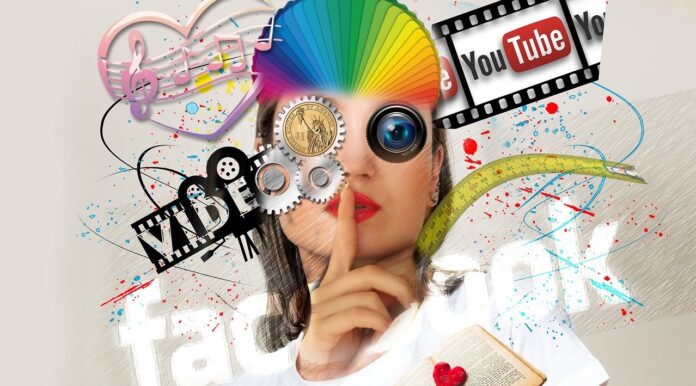 Young people prefer “ Musical.ly “: apparently this free app for iOS, Android and Amazon is gaining ground among social platforms day by day. Millions of videos published daily, published mainly by young people who seem less and less fascinated by Facebook, Twitter and Youtube. Someone sees a rapidly growing social phenomenon (although it was actually born three years ago in China by Alex Zhu and Luyu Yang ), while there are those who already speak of a “bubble”. But what is Musical.ly? How does it work? And how will it go on?

A few facts: in less than three years we have 200 million registered users , 80 million of whom are active and publish about 12 million videos a day every day . If we look back, Youtube was born in 2005 and had 65,000 new videos a day a year later. Instead, Instagram took 7 years to reach 700 million subscribers.

Of course, times are not comparable and perhaps not even platforms, but it is information that makes us understand that Musical.ly is growing in health and that it is increasingly attractive. Especially from the youngest: the hard core of the ” Musers ” (as defined by the users of Musical.ly) is between 13 and 24 years old and represents just over half of the subscribers.

What is Musical.ly and how does it work?

As we said, this app is mainly used to create and share videos , lasting between 15 and 60 seconds . Videos can have effects, can be recorded, retrieved from the device or even live thanks to the partnership with Live.ly. But why make all these videos? Simple: fun. We take the definition directly from the pages of the site:.

From this we immediately understand that it is all about creativity, community and fun. Which leads to greater sharing and to the idea of ​​”celebrity” that fascinates everyone. We are in the era of talent shows and influencers … Musical.ly rides the wave of this sea that still seems far from calming down. In the Musical.ly videos, Musers can choose between dancing , improvising sketches or magic tricks , singing in lip sync and making real mini clips with special effects .

The interface is quite intuitive . If you are under 30 and already have experience with Snapchat and Instagram. Otherwise, the urge to delete the application right away is high enough because it’s easy to wonder how the hell it works and what’s going on. I say this from personal experience … and I’m someone who has been messing around with social media and applications for some time.

Jokes aside, the registration is very simple and you can complete it either through the Facebook login, the phone number or an email. Obviously, if you share with your contacts already present on other social media you will have more opportunities to grow immediately both in terms of fans and ” Like “. The mechanism is “trivial”: you create the content, edit, use hashtags, publish and watch those of others. Doesn’t it remind you of anything?

I wondered and tried to tinker with my brand new profile. At first I immediately felt important, because within a few minutes I already had some fans. Then I realized that the bots are already well present on the platform and I was a bit disappointed. I did a test by inserting a clip with two of my friends dancing a Levante song and a video with Virginia, Social Factor community manager, who sacrificed herself by singing Sere nere by Tiziano Ferro in lyp sinc . With a screwdriver as a microphone. Details.

So what makes this application so special? They are certainly not my 3 likes on the cross. This rapid success is mainly due to an effective global marketing policy, the “teen-friendly” interface and the resumption of all those concepts introduced by other apps, such as Dubsmash and Snapchat . Speaking of marketing, in Italy there has been a considerable boost in the last few months, with the introduction of trending songs and hashtags that wink at fans of Gabbani, Rovazzi and Fedez .

Ah, I forgot: eye that you risk earning something. The platform also provides for ” virtual gifts ” that users can exchange, which cost between 5 cents and 50 dollars. Why pay? Simple: the “influencers” are encouraged to do something more and even mention the most “generous” fans. I guess if my 11-year-old granddaughter had the money and the ability to really interact with Benji and Fede – featured on the app – she’d probably be ruined into ” virtual gifts “.

How to become famous on Musical.ly?

On the net there are already several “manuals” about it and already several examples of “little stars that grow”. In Italy we have Elisa Maino , a girl with a large population of fans on Youtube and who today also won Musical.ly: 700 thousand fans. And he’s only 14 years old. But the undisputed star of the moment is Ariel Martin , American, 16, 20 million and more fans. His Youtube tutorial has over 11 million views. Not bad.

A few tips on how to become “famous”:

How to insert a brand on Musical.ly?

To tell the truth right now it can be done without. But beware: MTV is already present and has nearly two million fans . Let’s say it’s a matter of time and strategies. MTV can get married on this platform, as it meets a good percentage of its target audience. Even Coca Cola has already carried out a communication campaign on Musical.ly : in 2015 it launched the #ShareACoke contest , involving… Baby Ariel. As Business Insider already reported last year, brands are increasingly using streaming to reach their audiences and videos are increasingly a strategic key to the online world .

Now we are in 2017 and the experts are already dealing with prophecies and analysis: influencer marketing will not last, videos are useless, influencers will live forever and videos will reign. The reality is only one: observe and exploit all the available advantages, even with short-term strategies . Is Musical.ly Really the Future? I do not know. But I know he is doing excellent “numbers”. Let’s keep an eye on this little app that was born in the East and now looks for the World.

Previous articleHow to spot fake news: the Facebook decalogue
Next articleAdvertising VKontakte: how to advertise on the most used social media in Russia